We have geared the machines and locked all together into inter-dependence; we have built the great cities; now There is no escape. We have gathered vast populations incapable of free survival. -- Robinson Jeffers

'We have no slaves, The homes you saw with your drones are not huts of slaves. The men and women living in them only work to pay their debt. They do not care for luxury, their homes only look simple from your drones.'

'The homes are comfortable and well-made. Workers come from foreign lands, and worker housing is built to resemble what they are used to. The homes are built to high standards. They are inspected every year. Treatment of workers is humane and supervised. I honor our church and all commandments against slavery. Our citizens render to great Caesar what is his due. Caesar has fair rules about treating workers. I enforce Caesar's law on this. Life is fair and just on our islands.'

John Tuamarina speaks his words with ease. Li Jing notes the effortless flow of speech. 'Practiced dogma, told to him. Repeated to him. now he repeats it.' Li thinks to herself. 'As procurator, he won't say anything else. Does he actually believe what he says?' Li Jing wonders.

Li Jing Gaeta is a specialist in the analytics of cultural hegemony at the Teriberka Temple on the Arctic sea. Li is a sociologist, and expert in tropical agriculture.

Needing to change the subject, the procurator looks at Li, smiling.

Two women are in the Southern Arrow shore party, both beautiful. The Arrow women spent some time getting themselves ready to go ashore. Their uniforms fit well. Unlike their men, both women made sure their uniforms fit in Anchorage. Two confident, well put together women heighten the days' novelty.

During working hours, women are out of place in the Malvina government house grand meeting room. Women there this time of day would warrant mention in the daily Malvina News Letter and Post, the island newspaper of record. Mention even if the women were not Alien Amazons who crossed the eternal storm.

John conversed with an officer when the motor launches docked. When he greeted the Arrows' captain on the dock between boats. 'Prepare a lunch, was all he said.' The officer nodded and disappeared.

A table with a huge white tablecloth spreads before the Arrow crew. This table, open in the middle, was set up moments before with military precision. It could sit twenty people. Carved wooden chairs with green leather padding surround three sides. Today, fifteen chairs are placed around the table. No chair will be empty.

As he prepares to sit down, Danyl Feng, 'Captain' of the Arrow, moves to place Li between himself and John Tuamarina. Up to that moment John was ushering everyone along. John's warm greeting on the dock. His speech by the carriages before the gathered Malvina crowd. The carriages, shiny black wood and enameled polished steel. Steel panels hand shaped on an English Wheel. Strong white horses. Now a scrumptious lunch. All a product of John's August authority. John guides a finely tuned machine.

The woman did not give John a chance to say anything as they sat down. Saying loudly for all to hear.

'Are the huts we saw on your plantations slave quarters.'

John leans forward to address Danyl Feng. Speaking around Li as if she were a potted plant. 'Captain, to whom have I the pleasure of speaking? Please introduce us. Does this woman speak for you?'

Danyl knows Li would assert herself. 'Hegemon, I am the captain on ship when we are at sea. Li Jing is leader of our expeditions when we are ashore.'

Along with the Arrow crew sit Malvina citizens yet to be introduced. All men. Faces show shock and surprise. A woman, in charge of the Arrow shore detail?!

Li is also surprised she is in charge. Danyl decided Li would be leader at the last moment. Danyl and Li work well together. Danyl is not being foolish, and Li does not betray her surprise. Li leans forward, looking directly into John's face.

'Our captain is too generous. I have responsibilities to make sure our shore party objectives are fulfilled. When ashore, we all have specific tasks that need to be done. I trust Danyl to keep us safe while we do our work. Danyl trusts me to make sure we make good use of our time.'

Looking at Li, John nods, 'Welcome to Malvina. I am happy to help with your tasks.'' Looking around the table and lifting a glass of wine. John speaks, 'Please, everyone eat.'

John looks at the Arrow shore party faces. 'Allow me to introduce some of our citizens while you eat.' John sips his wine, nodding to a man on his left. The man stands up from his chair.

'I am Stefan Hesse, archbishop of Malvina, defender of our father's faith in these fair islands.' Nodding at Li, the archbishop smiles, and sits down.

The Archbishop's performance is repeated by the owner and editor of the Malvina News Letter and Post, Geldof Murdock. Next the president of the planters guild, Martin Schwab stands. He speaks, nods, and sits down. A steady stream of servants arrive serving delicacies of all kinds. A university provost stands mumbles his name and sits. The rest of the Malvinians are spared the torture of introducing themselves. Li interrupts to introduce the shore party.

I am described as a mechanical specialist, but I will be declining invitations to their university where my actual specialty, electronics, might be easily discovered.

I will ask to look at their industry. My introduced role is mechanical specialist. My actual role is spy. On the carriage ride in, I examined power poles. This city has a three-phase electric grid derived from 20th century technology. No different from what the north has. A comprehensive, well-developed power grid with three-pronged outlets. A single black coaxial wire routes next to power cables between buildings. Cable communications. The empire will have transistors. Possibly Integrated circuits.

John is used to capable women. Dunedin women work as equals in Waipournamu.

Influential families educated home island women for centuries. Steady social pressure by generations of capable women in the capital city and home island eroded barriers established in the now distant feudal past. A gender equality denied provinces evolved. In provinces, families of freed slaves take on a patriarchal flavor. Life is generally rural and closer to the bone. Light manufacturing. Women work at home. Dunedin is a Paris of the Southern Empire, but not all capital fashions make it across empire seas. In Malvina, gender equality is expressed behind closed doors.

John now speaks to Li, considering her to be the leader, glancing at the rest of the shore party while he says to her.

'The Waipournamu Imperium welcomes you. The island you know as New Zealand is the center of our great southern empire. The empire reaches over all inhabited lands of the south. Tasmania, South America, Kerguelen, and all the southern islands. The Antarctic Ring Settlements. On behalf of the emperor, I welcome you.'

Danyl speaks. 'Fifty million people live around the Arctic Sea in our Northern Federation. How many people live in your empire?'

Antarcticans repel intruders like long ago broiled natives on North Sentinel Island once did. Thousands-year-old automatic weapons and the commandments of a founding cult religion ensure privacy and complete anonymity. Bunker survivors enforce radio silence, all bunker survivors do. For bunker survivors, it is a knee-jerk reaction.

John answers with the population of the Waipournamu Imperium, which he does know. 'Twenty seven million.'

Li quickly adds, 'What do you need to end radio silence.' Your ability to do so, we know. You have two FM stations.'

Silence gripes the room. Friendly side conversations had begun. Smiles and greetings stop, comments on food and drink come to an end. Seven of the shore party sit at the table with as many Malvinan guests. Talk between them had started. But all were paying attention to the procurator and Li. Now shocked into silence hearing blasphemy, Malvinans stop talking. The Arrow crew responding to the sudden silence with quiet.

'For centuries, our emperors feared northern invasion by barbarians. Before the eternal storm cut off the north lands, cannibals made raiding parties south.'

'I am pleased to see you are not cannibals like your ancestors. I hope they are a distant memory for you. Only Caesar can say how radio is used. I will write to Caesar tonight with your question. A ship will leave with my letters at dawn. A mail diesel, my letter will reach Dunedin in 9 days.' If the princeps lifts the ban, we know as you do, at once.'

Pausing for breath, John goes on. 'Tell me Li, how long will your party stay? The Papaya is our finest hotel. You are my guests as long as you wish to stay.'

Li looks at Danyl. Danyl replies, 'We are planning to stay only a few days here. We could stay longer if you could give us palm oil 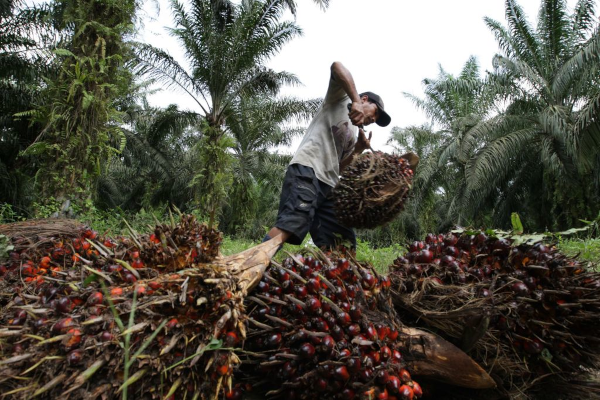 to top off our tanks. We would have less need to move on.' Our need for oil at anchor is light, but we can't be idle for long.'

On cue, the other woman in the shore party. Diane, speaks.

'Archbishop Hesse. The Christians of the north have provided the Southern Arrow with a bell. A gift to celebrate Christ our savior with our brothers and sisters in the south.'

Diane had seen a drone photograph of the Malvina church bell tower only hours before. It was decided the gift bell would be a good way to pay for palm oil and other supplies in the team meeting before going ashore. Considering the gleaming chrome nickel bronze alloy the bell is cast from, a fair trade on a cosmic balance. The bell is no bauble, the note of its toll is sweet and clear. Better than the iron bell the church already has. The bell shipped with military uniforms in the small Arrow cargo hold. The expedition planning commission has done their job well.

'Can we give this bell to your church?'

The archbishop, not asking procurator approval, smiling, says. 'It would be my pleasure to accept this bell on behalf of our church. Praise be to our Lord.'

'May I visit your ship and escort the bell ashore? It would be my honor.'

'We will deliver palm oilpdf document, and you will ride on our ship to accept this bell.'

The archbishop suggests a city tour. Li agrees, but plantations and oil factories must be seen tomorrow before she echos agreement with the archbishop's idea. Dessert is served. Chocolate and cookies 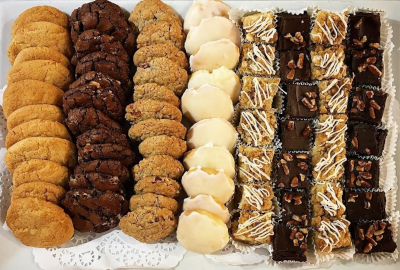 K-Dog's own globe.  I write the code that spins this globe and performs the other magic tricks on this website.

Buy Me a Coffee
Bitcoin NOT accepted, and shiny objects are discouraged. No tulip bulbs.

The strange attractor of the liberal elite. After a revolution the liberal elite will stop ortbiting their beliefs and principles. They sell out. They will betray the people and orbit power. Only strong trustworthy leadership can prevent this.

The Betrayal by Technology -- jacquesEllul

" The term technique, as I use it, does not mean machines, technology, or this or that procedure for attaining an end. In our technological society, technique is the totality of methods ralionally arrived at having absolute efficiency (for a given stage of development) in every field of human activity. Its characteristics are new. The technique of the present has no common measure with that of the past. "